You made it! It's almost the weekend! Just two more days, you can do it! But if you find yourself needing a little boost I have sometime to help you. 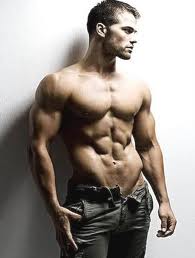 Does he look familiar? That is Jed Hill and he has been gracing the cover of some romance novels this past year. Don't believe me well I offer Exhibit A and B: 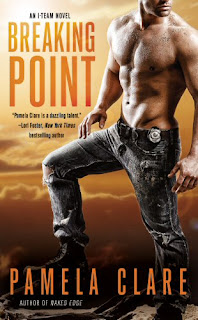 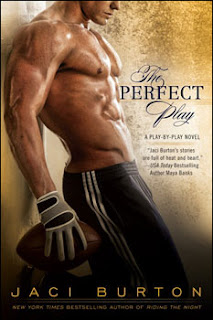 I have had the pleasure of reading The Perfect Play by Jaci Burton and not only is the cover drool worthy but so is the story. Breaking Point by Pamela Clare is on my TBR pile.
So I hope this gets you through your day. I will be oogling Jed for a few hours myself but then it's time for tea with my Aunt, our Wednesday ritual. What do you do that helps you get through the week?
Posted by Jamie Lynn at 2:59 PM 5 comments:

I am so very excited today and not just because Monday means it's Man Candy Day. Today the super fabulous author Jenn LeBlanc is here and she brought pictures, hot pictures from her book! I have been talking about Jenn's book The Rake and The Recluse since I discovered it. Now, not only is she a fabulous writer but she is also a fabulous photographer which came in handy since The Rake and The Recluse is an illustrated novel! That's right ladies, illustrated as in pictures! Jenn was nice enough to bring some pictures of her Muse, Derek, or as I like to refer to him as DH, his initials.

Now my BFF Kati over at Romancing Rakes had Jenn on her blog and I helped her out with some questions. There were some questions that didn't get posted so Kati graciously agreed to share them here. So before I let Jenn loose and we get distracted by the pictures here is 5 things about the fabulous author.

1. If you could live forever, what age would you pick to look like forever? 28 which is great because I just asked Mr. LeBlanc and he said he would be 32 so that's perfect because he would be older than me finally! WOOT!

2. If you were stranded on a deserted island, what 5 things would you have with you? (and raft building material is not an option) My camera, my muse, my computer...mmm and a knife and sunscreen (necessities you know)

3. How many licks does it take to get to the center of a Tootsie Pop? Lordy I'm like the owl, I don't get past three before I start chewing.

4. If you had a stalker who was a celebrity, who would it be and why? Gerard Butler because I left all of his kilty goodness off of my list up there.

5. If your life was made into a movie, who would play you? Would DH play himself? (erm, that sounded a bit naughty) I want Drew Barrymore to play me. Because she is cute and the only famous person I've been compared too, even though I don't really see it. And yes, DH would play himself ;) He is fully capable of that.


So now that we all understand Jenn a little more I'm going to let her take it away. Jenn, For the Love of Romance is all yours!

I am so excited so be here! I have spent the last month traveling from blog to blog sharing images and stories from my book. It has a been a busy and fun month, I do get around, but I am exhausted! I thought maybe I could share a few of the quotes from the book. These images and quotes are included at the end of the full color print novel which is a special edition made to order.

Some of them are in the ebook, some aren’t. 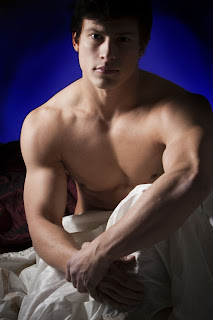 "His Grace Gideon Alrick Trumbull, the 10th Duke of Roxleigh, held a countenance both foreboding and powerful. His ability to terrify people with his demeanor only helped his business dealings, creating a sense of either security or terror —depending on which side of the table you were seated— and tonight he seated himself clearly on the wrong side of his own table. He had nearly killed a girl.” 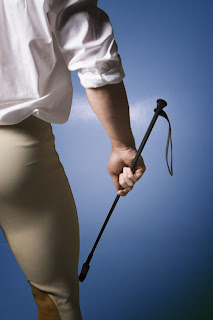 “Samson’s grace and surefootedness at breakneck paces was the closest Roxleigh had ever come to some semblance of peace in his life. His head was never clearer, his nerves were never calmer, and his mind was never more unbound than when he rode Samson. He listened to the horse’s steady breathing, the exertion of his exhalations, and the steady beat of his hooves, punctuated by the swift silence of the jumps and the exclamation of the landing, like a staccato symphony. His mind unfurled its stressed tethers with the smooth action of Samson at full speed.”

*RomCon Giveaway Quote for The Rake and The Recluse*﻿ 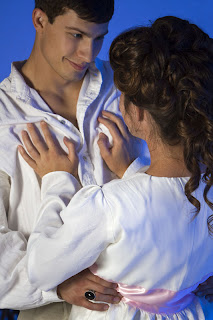 “I have been looking for you,” he replied. 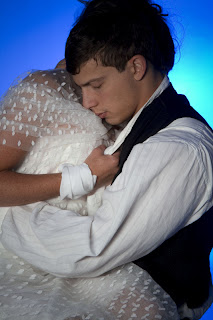 “Don’t,” he cautioned as he held her hips firmly, trying to stop her wiggling. “Stop moving, or neither of us will make it out of this maze anytime soon,” he said gruffly. Her skin flushed, a heated blush rolling from her toes to the top of her head. The warmth raced to her core and he couldn’t bring himself to release her as the heat soaked into his hands. “Just a moment, I—” he broke off, gasping for air. He looked into her eyes and watched the fever of her blush blossoming over her face, forcing another rush of blood... 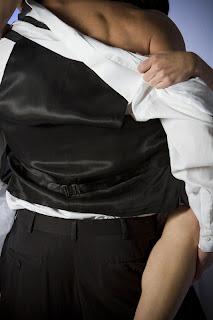 Does this one need a quote? I don’t think so. Ah Perry, you are such a well-made rake of the worst order. Women at your feet the world over now. As for my muse, if you'd like to see him live in the flesh, you need to get yourself to RomCon 2011 in Denver Colorado. He will be there with me.
So what do you think of my little idea? Do you like the idea of an illustrated romance novel? Let’s chat leave a comment here to be entered into the contest then come find me on Facebook and Twitter to keep the conversation going! (Not to mention I am fond of posting images of beautiful smexy men.)
The Rake and the Recluse is on sale through May for $2.99 and I am giving away a copy of the ebook here, but if you’d like to buy it while it’s cheap, fear not. I have swag to give away if you don’t want to wait and hope to win the giveaway!
One person will win a copy of the ebook and two more people will win some swag, which includes some proof prints from the photo shoots, (images that may never be seen by anyone else) as well as a couple sets of my romance trading cards.

Thank you so much for stopping by Jenn! I am happy to say that I get to meet the fabulous Jenn LeBlanc and her Muse (isn't Derek hot!) at RomCon this year!

Don't forget to comment to enter to win The Rake and The Recluse and some swag. And if you follow For the Love of Romance let me know and I'll throw in an extra entry for you. Giveaway is open until June 6! Good Luck!