The Rake and The Recluse Wicked Blog Tour: Part 2

Jenn Leblanc is back! And this time she is giving us some interesting facts of what you can do if you find your self in a carriage with rake. So I won't blabber on. 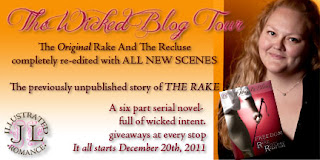 WELCOME! To the WICKED blog tour. This tour is to celebrate the release of THE RAKE AND THE RECLUSE (TRATR) as a fully illustrated, re-edited, six part serial novel. Not only does it have new scenes but it will include Perry’s story, the never before released end to TRATR.


Jamie thank you SO MUCH for hosting me here, for the release of FOUND : THE RAKE AND THE RECLUSE : Part Two. I can’t even begin to tell you how excited I am about this book, and sharing it with all of my readers. 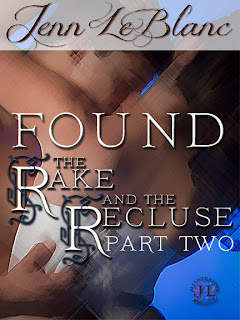 A woman out of time.
A man stifled by propriety.
A nemesis determined to take her away.
A brother to the rescue.
How will a powerful Duke deal with a woman who doesn't know her place? How will a woman used to the 21st century survive in time where she is considered property?
THE RAKE AND THE RECLUSE Part two finds Francine in the world of the Duke of Roxleigh. The clashing of worlds in first installment of the completely revised novel continues as Francine finds her footing, discovers secrets about her elusive host, and learns more about herself than she ever thought possible.
Francine Larrabee woke up on the wrong side of the century. She was fairly certain she went to sleep in her own comfy bed, but she doesn’t quite seem to be there now. Only adding to her problems is that she has no voice, is constantly being glowered at by a large, stunning man who is obsessed with propriety, and she is apparently betrothed to another horrid little man, determined to ruin her, and any other girls that get in his way.
How does she find herself in the past, when she couldn’t even find herself in her present? How does a self sufficient businesswoman survive in a time when women were still considered property for the whole of their lives and what is she going to do with this man who draws her to him so fiercely. 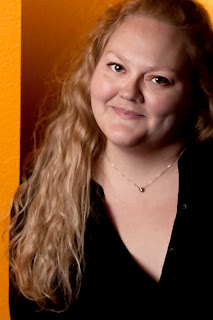 Jenn is a novelist and photographer born, raised and living in the lee of the great Rocky Mountains. Her illustrated Novel THE RAKE AND THE RECLUSE was originally released in February of 2011 to rave reviews and snarky comments. She recently revised the entire novel, turning it into a six-part serial with all new material and the never before released story of Perry, The Rake.

So...Jamie Lynn, Katipants of Romancing Rakes, Rita of Not Another Romance Blog and Dani of Ramblings From This Chick are hosting some very special blog posts on my release days during the tour.


So, without further ado: 5 ways to do it in a Victorian Conveyance.
Look, I know just about every author has a carriage sex scene, Miss Delilah Marvelle has one with a one legged heroine on the floor of the carriage. Oh yes she does. (Be sure to check out her interview on Rita’s blog today.)

Here’s the thing about carriage sexy time. Carriages are small. Really small. They aren’t exactly comfortable and the benches are rather narrow, but if you get creative...

The Barouche is like the limousine of carriages. It  was large, wide and had a half top that could be raised to cover some of the passengers. That made them very popular for the summer.

The Town Coach is the full fledged all enclosed carriage you see emblazoned with coat of arms on the doors. Some town coaches have convertible tops, but if you are planning on sexy time, I really recommend keeping the top on, you might shock John Coachman’s delicate sensibilities *snort*.

The landau was a fully convertible carriage and the Phaeton was a two seat sporting carriage, it had four wheel and a very high seat, they were a bit unstable and favored by the more rakish in the ton.
The sides were open, leaving a gentleman’s trousers, or ladies skirts to become muddled.

Like the Phaeton the curricle was favored by the more sporting gentlemen, it only had two wheels and a mostly open top and was pulled by a matched set. Later it was replaced by the cabriolet, which could be pulled by one horse, similar to the gig, which was a one horse, two wheeled carriage popular with the lower classes.
In the two wheeled Hansom cab, the driver sits up behind the box, while the occupants ride in rather secure safety from the elements. It is enclosed, but rather small.

First choose your conveyance well, Phaetons are open to the elements and the eyes of passers by as are curricles and Barouches. Landaus can be enclosed, but are rather more small, so I would recommend the full Town Carriage for your jaunt.

Next choose your partner well, he needs to be athletic, a well sprung carriage is still not a very smooth ride, particularly after a heavy rain or in the winter. It would be terribly inconvenient to be tossed from his lap during the...uh...while, well. Incidentally, it’s cold in winter. Carriages may be equipped with hot boxes, coals or bricks for warming, but it is still warm. Do your cavorting in the summer.

1. Seated. This might be the most popular, obvious or simple way to cavort in a horse drawn conveyance. He sits on the bench, most likely facing forward to retain his bearings and she kneels over his lap, skirts drawn up, knees on the bench. There may be hand holds to grip, which will help her to stay...mounted...and he can brace his feet against the opposite seat, while his hands keep her, where she needs to be.

2. Reverse seated. In this position he is in much the same place but she is turned ‘round. She may brace her hands on the seat opposite, while he holds her hips steady, as it were.

3. Sideways. In this position he is perched precariously lengthwise on one of the benches, one of his cheeks may not make the bench as she will need a little space for one knee, or foot, between him and the squabs. He will need to brace himself with the other leg, and most likely, unless he is rather short of stature, his other leg will be drawn up on the seat. This one can be quite dangerous for the lady, as the carriage rocks. Hopefully there will be hand holds on the interior sides of the carriage by the doors so she has something stable to grip, as he won’t necessarily be so.

4. On the floor. Version one. Prone. Possibly the safest of all. He simply lies, his knees bent, her straddling him, on the floor between the benches. she can steady herself with the easy to reach benches on either side of her. Depending on the breadth of the carriage. Most would be easy to reach.

5. On the floor sitting. In this version he puts his back against the door (making quite sure the door is secure) in a sitting position and she straddles him. she can grab the window’s edge behind his head for balance, and he will have free use of his arms to roam. Again, I cannot stress enough how important a well secured dorr latch is in this position, or you will be victim to a tumble of a different sort.

As you can see in carriage there are a few ways you can go about your business, you merely need to choose your conveyance, and your partner well. Keep in mind that, unless you truly are flexible, or truly small, the man on top positions are really out of the realm of possibility. Though if she were to sit on the bench and he were to kneel before her, there is an entirely different sort of carousing available to the couple.

What do you think? What other positions are attainable in a carriage? Is there one I’ve missed?


TRATR redux can be found here:

﻿
Well, thank you Jenn. That was very informative! Now, I think I need to test this information so I'm off to find a carriage. But before I go don't forget to leave a comment like Jenn said. I'll pick a winner on Friday, I should be back from testing out Jenn's information.
Posted by Jamie Lynn at 12:08 AM